Staying Sane While Wearing a Cast 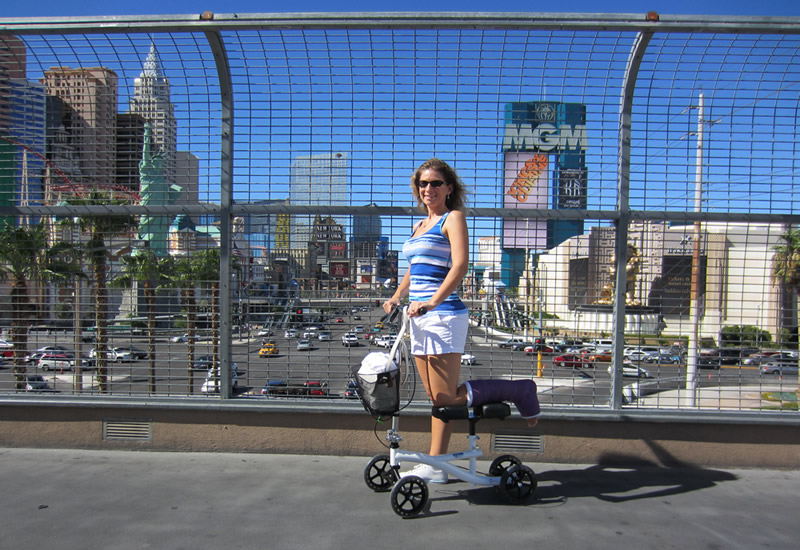 Wearing a cast does not have to keep you from living your life. In order to keep my mind happy, I need to do things, including going places and just moving around in general. I cannot sit still. I never have and probably won’t until I’m gone. Even then, I might leave a hum in the air. But I am at the point where I have got to try fixing my feet and ankles, and I don’t want to stop living to do it. Going to the store on a knee scooter is *almost* fun for me, rolling around the store. It has a little basket on the front which has proven to be very useful. I used the knee scooter in Vegas and scooted 5 miles in one day!

One thing I learned – people stare. Scott and I joked that celebrities could hire me if they were looking to go incognito, because even though people were staring, they were only staring at me. Wearing a cast brings attention, but they’re also colorful and stand out, so that’s expected. They looked at my foot in the cast, at my leg on the scooter, at the scooter itself, at me as a whole. Some people talked to me or asked questions, but a lot didn’t. Part of me is all, “Look at me go!” 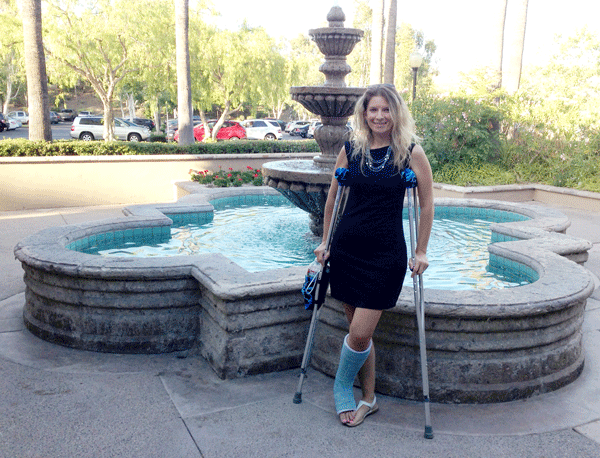 But there’s another part that wants to hide away and just blend in with the crowd. It can be very awkward to try to go about your business and ignore the gawkers. I don’t mind the glances or the staring. I don’t think anyone is being offensive in any way. People like to study interesting things that are different. I’m not offended. I’m definitely different…I like to think I’m totally interesting and a people-watcher myself, so I get it.

I scoot around, usually with a smile on my face and a generally pleasant attitude, and I think that baffles some people. But who cares what they think about how I look? I didn’t know anyone there and I didn’t care. Ok, part of me did, but I just told her she was nuts and to go back into hiding. I wore cute outfits and felt good, it was our 5 year anniversary, I was so happy to be there with my hubby and was having a great time! I wasn’t going to let wearing a cast, gawkers or losing my job bother me (yeah, that happened, too). 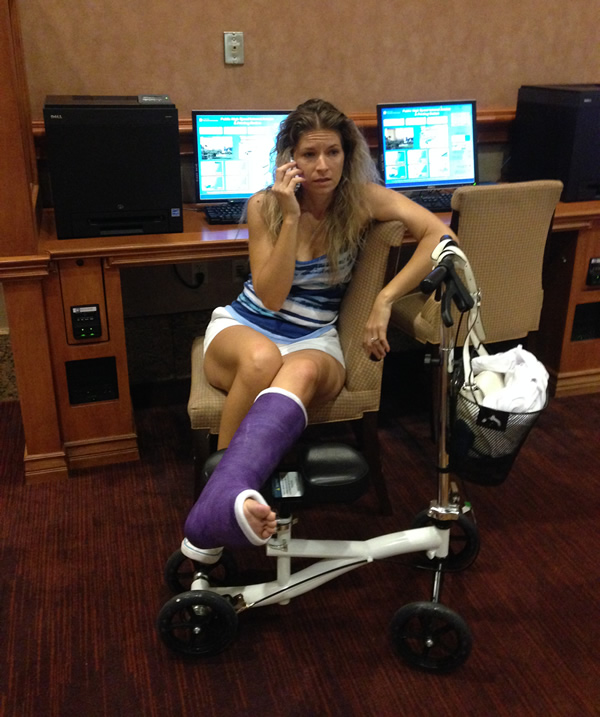 On the phone where they’re telling me the company was sold and I got cut.

At any rate, there’s definitely something about casts that makes people curious. The only thing I’m missing now is an awesome story to go along with it. Telling people I get fractures from Celiac disease is received with confusion and requires more of an explanation, which is good sometimes because then I can bring more awareness to Celiac. Sometimes I come up with something creative, like tell them I broke it while hang-gliding. It depends on my mood. Sometimes, the story is my silver lining.