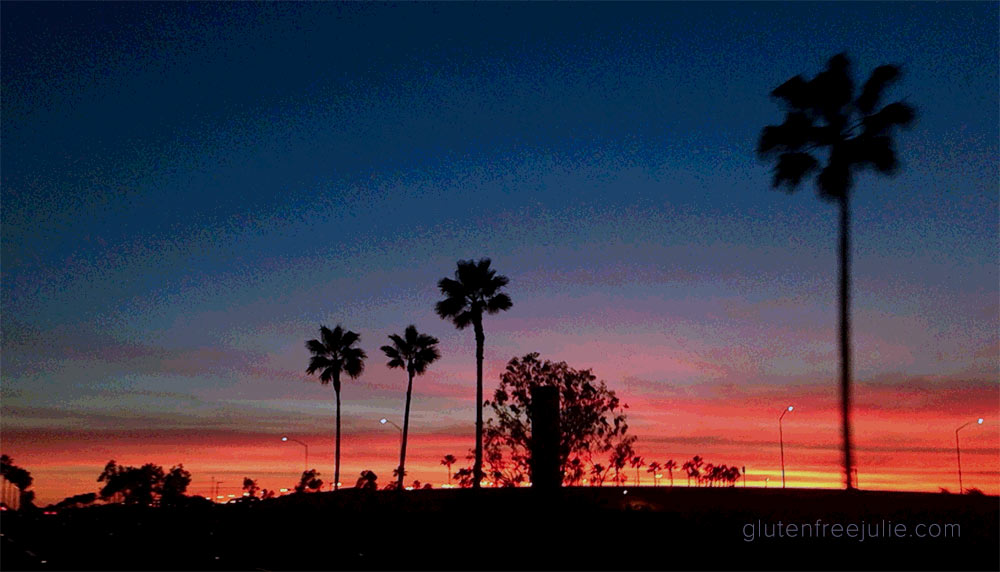 Anxiety is a big part of my Celiac disease, and I’m learning more and more about it every day. My first anxiety attacks were when I was about 4 or 5 years old. I would be in bed at night and I remember being very afraid of falling asleep because I was afraid I wouldn’t wake up. It would make me sad and scared, I would go down to my parents and cry, saying I was afraid of dying. Reflecting back, I wonder now if they weren’t panic attacks but warning signs that my body was ingesting something it shouldn’t.

I first realized that I was having issues with anxiety when I started having panic attacks in 2010. My husband and I had just moved to California and I was working a job that required walking into businesses, most without appointments, to sell ad space. Normally, I wouldn’t have a problem with meeting new people. I worked in people-facing businesses my entire career-life, it shouldn’t have been hard for me, but it was.

The beginning was great, I landed a big sale and was told by my manager it was one of the best pitches she ever heard. Unfortunately, a good sales pitch wasn’t enough, especially when they couldn’t deliver on the promises I was instructed to make. I tried to do well but soon realized it wasn’t for me and after a few months, I started having minor anxiety attacks that started with my heart beating faster. After a little while, tears would come. Sometimes I would just be sitting there at a sales meeting and these choking tears would come out of nowhere. My chest would start heaving and I would feel like I couldn’t breathe. I would see stars and had this horrible feeling of wanting to crawl out of my skin. I would excuse myself, go into the bathroom and try to pull myself together, but once I was alone the tears would start and not stop. I would go back out with red eyes, hoping no one noticed, but people asked questions.

I chalked the attacks up to the increased stress of my job and ended up leaving the company – it wasn’t worth the panic attacks. After some research, I found that the thyroid medication I was on wasn’t doing enough. I was taking Synthroid daily, which replaces T4 in the body. Many doctors prescribe Synthroid because the body takes T4 and produces T3. What doctors don’t understand yet is that when you eradicate the thyroid by either radioactive iodine treatment (RAI), radiation or surgery, it doesn’t work properly, nor does the thyroid work well if you’re inflamed. In my case, I wasn’t making enough T3. I did some more research and switched to Nature-throid in 2010 and that helped so much. Getting out of the job helped a lot, too.

But things didn’t really get better after that. I felt a little better, but my anxiety got worse. I would cancel plans with new friends at the last minute because the thought of interacting with people got me so worked up that I couldn’t leave the house. And that made me feel worse, because I thought I would be considered flaky or unreliable.

Even though I wasn’t feeling well, I still functioned and after that job I began doing web and graphic design full-time, meaning my interaction with people on a regular basis was drastically reduced. During that time quite a bit happened. I broke my right ankle and then we had to move because the house we were renting was being foreclosed. We moved back to Philly and lived with family until our condo was available. We fixed up the condo to rent it out again and then I broke my left leg slipping down our spiral staircase. I had a spiral fracture and a broken ankle from that fall. I wore a cast for a couple months, but my leg never fully healed. We decided to sell the condo and moved again, this time back to California, where our west coast family was kind enough to house us until we both became employed.

I worked in web support for about 2 years, where I answered calls and helped people learn and use company software. My clients loved me, but my coworkers, not so much. I was at the height of feeling my worst, everything I ate seemed to cause me problems. I was moody, tired and in pain all the time. My stomach was making funny noises, I was bloated and gassy. Gas would sometimes escape that I seemed to have no control over. It was so embarrassing. I felt like my body was on fire, but on the inside, so I probably wasn’t the easiest person to work with (sorry guys!). After my celiac diagnosis, things got better and my short fuse settled down…some. It was a tough transition to a gluten-free diet, with several accidental poisonings and snafu’s, but we all came out stronger in the end. They coined my nickname: “Julie Sunshine.”

My anxiety attacks started up again, this time they would start while I was getting ready for work. I thought it might be the job, but I liked the people I worked with and was in a good position. And after I was at work for a little while, I would calm down, so it couldn’t be that. I realized it was my drive into work that was causing the panic attacks this time. It wasn’t a super-long drive, about 35 – 45 minutes, but I had to take the I-405 freeway to get there, which is 5 lanes of wall-to-wall traffic. I tried taking the surface streets a few times, but even with traffic the 405 is faster and I could never seem to leave early enough to take the long way. I chose the 6am – 3pm shift just so I could miss some of the traffic and spare a little sanity.

Eventually, the company was sold and I didn’t have to take the 405 at all, and my anxiety attacks stopped. I did find out something interesting though. One day when I was having one of the panic attacks, I took my B-complex vitamins when I got to work because I was really tired that day (I stopped drinking coffee) and needed a boost. When the B vitamins took effect, I felt an immediate calm come over my body and my head was crystal clear – I didn’t feel foggy at all.

This made me wonder…could it work?